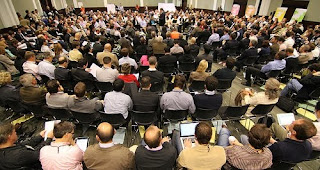 Peace Activist apparently are not.
Medea Benjamin founder of CODEPINK and retired Colonel and diplomat Ann Wright were both denied entry into Canada.

“The fact that the FBI has put us on this list. The National Crime Information Center Computerized Index is a form of political intimidation. The list is supposed to be for felony and serious misdemeanor offenses.
“We don’t qualify– it’s for sex offenders, foreign fugitives, gang violence and terrorist organizations, people who are on parole, a list of eight categories all together.

To be criminally rehabilitated, they would have to do a huge amount of paperwork and state that they were no longer going to commit the “crimes” they were convicted of.
Wright told OpEdNews “We were told (by the canadian border agents) if we tried to enter Canada again, we would be officially deported from the country, which is “big trouble. ‘We’ve warned you not to come back until we are criminally rehabilitated.’
Wright asserted, “We will never be criminally rehabilitated since we intend to continue to engage in non-violent peaceful protest of Bush administration policies, particular the war on Iraq and we intend to peacefully and nonviolently protest all of these until they end. They can lead to arrests for civil disobedience, like refusing to move from the fence in front of the whitehouse or standing up and speaking at congressional hearings.”

Doc just experienced in buying a 88.60 Canadian for $100 US what I experienced my whole life but the other way around.
I wrote this a few weeks ago…the day after “it” happened. When I was growing up in Canada the American Dollar was always worth significantly more then our dollar. Some time it cost as much as 1.35 Canadian to buy one US dollar. Recently the dollar has fallen to parity. I really never thought this would happen in my life. It is happening for two reasons. Demand for natural resources is going up in the global economy – Copper, Nickel, Lumber Oil etc. all are things Canada has in large quantities and exports. The other reason is the decline of the US because of …. well we don’t have to get into all those reasons here. Dave Winer wrote this post about patriotism and highlighted the canadian singing of O’Canada at Gnomedex.

Anyway, the last day of Gnomedex happened to fall on Canada Day, and in celebration, Chris and Ponzi brought out a big cake and the Canadians rose, and sang their national anthem, Oh Canada. I had heard it before, but never in its entirety and for some reason this time it really grabbed me. Patriotism is moving, even when it’s not your patriotism. Maybe even more so, because it doesn’t get all mixed up with personal stuff, you get to experience love of country through someone else’s eyes, and it’s really beautiful. But then I saw a friend of mine from Berkeley, Kaliya Hamlin, standing, and singing. I had to look twice and think, and then I remembered, she’s Canadian! That’s right. I’ll never forget that image, Kaliya is tall and strong, opinionated, a bit nutty (in a nice way), a leader, and underneath it all, she’s even more different from me than Jackie Robinson was, because she’s patriotic to a different country, and Robinson and I are both from the United States.

<div style=”float: right; margin-left: 10px; margin-bottom: 10px”><img style=”border: 2px solid #000000″ src=”http://static.flickr.com/74/180471515_4b3e417a54_s.jpg” /></a>
</div>This was actually a very moving moment for me to because I have been living in the united states for a about 10 years. I have not travelled back all that often. (In part cause I didn’t have the papers to return for quite a while when I was in paper limbo – yes I know what identity issues are first hand). It was just so wonderful to be an American context that celebrated the diversity in the room that included Canadians. I got to sing with my Canadian Geeky friends the anthem in front of our American Geeky friends. We got to share an identity moment together. It was lovely. Since when do you sing anything let alone anthems at tech conferences anyways.
So today I also by chance joined the Canadian Tech Mob…. the trouble is I can’t seem to get WP to actually display my recently uploaded sidebar so the code is in there just not ‘displaying’.