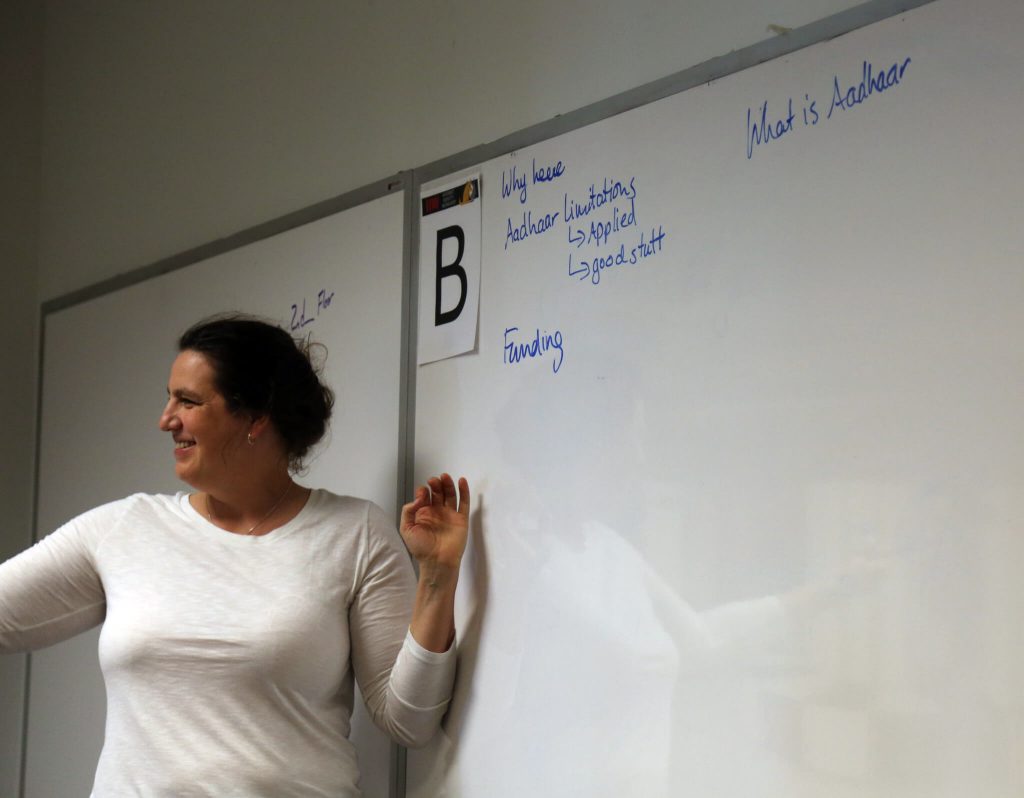 Kaliya is very active across a range of communities and organizations in the technology industry that touch on aspects affecting user-centric identity and personal data.

Co-Author of the Identosphere a weekly newsletter that summarizes SSI news.

Invited Expert at the W3C and in the Verifiable Credentials Working Group and Decentralized Identifier Working Group.

Member of the Digital Enlightenment Forum

Kaliya is a Co-Founder and Co-Producer of this event with Doc Searls and Phil Windley. Since its inception she has been the main Designer and Facilitator of the event. The semi-annual event has been key to fostering innovation, collaboration and adoption of user-centric identity technologies.

Kaliya severs on the Board of Patient Privacy Rights.

Kaliya is the Founder and Executive Director of She’s Geeky an unconference for women working in Science Technology Engineering and Math. It began in 2007 with conversations with women technology colleagues and wanting to find an inclusive forum to proactively address the challenges women face in industry.

Founding Community Member of this list that facilitated core community connection and understanding. It was the context for collaboration in the development of the Lexicon, Kim got input on the Laws of Identity as they were published and many other key conversations that happened here inform industry developments.

Kaliya is the Network Director for Planetwork. The community was most active between 2000 and 2005. It hosted 3 major conferences (2000, 2003 and 2004). Between 2001-2002 it hosted the link tank/web cabal to consider the future of the web and community. The Augmented Social Network: Building Identity and Trust into the next although latent as an active community since 2005. In 2010 Kaliya initiated a series of successful 10 year reunion events.

Kaliya is widely recognized for her community leadership and has founded a number of conferences focused on various fields in their early stages of development. These include the following:

Kaliya co-founded this event with Doc Searls and Phil Windley. Since its inception she has been the main Designer and Facilitator of the event. The semi-annual event has been key to fostering innovation, collaboration and adoption of user-centric identity technologies.

This event was founded in 2021 to support a constructive dialogue between those working on biometrics, digital identity and civil society groups concerned about their use.

Marc Canter initiated this event to foster a conversation about how data could move between websites under user-control. The User Bill of Rights was put forward at the first Data Sharing Summit in September 2007. Kaliya continued the conference with Laurie Rae, putting on the Data Sharing Workshop in the Spring of 2008 and a follow-up Summit after the May Internet Identity Workshop.

This event began with a conversation at the Internet Identity Workshop in 2008 asking what a conference that had 1/2 lawyers and 1/2 technologists would look like? The Map the Gap workshop was finally held in March of 2010 in Washington DC. It was a collaboration between the Identity Commons, Kantara Initiative and the Internet Society.

Kaliya is the Founder and Executive Director of She’s Geeky, an unconference for women working in Science Technology Engineering and Math. It began in 2007 with conversations with women technology colleagues and wanting to find an inclusive forum to proactively address the challenges women face in industry.

Kaliya worked with Max Dunn and Wido Menhardt to. put on the first and only Ruby on Rails Camp in 2006.

This event was the brain child of Johannes Ernst. Kaliya was the primary producer and facilitator of the event. Over 80 people attended and discussed a range of the technologies used on “big data” including NoSQL atabases and MapReduce/Hadoop.

Kaliya is the founder, producer and facilitator of this event. It began with a conversation she had with Pierre Wolff about the range of industry opportunities and issues around post-life data management. It brought together 35 professionals from around the world to discuss “what happens to your data after you die?”.

Kaliya worked with Lucas Cioffi to found and shape this series of events that supported an Open Dialogue about the implementation of the Open Government Directive that was released in December 2009.

Kaliya is Founder and currently serves as Thought Leader and Catalyst Emeritus. It is a new kind of industry association whose purpose is to catalyze development of an ecosystem of user-centric business models around personal data, supplanting the current 3rd party tracking and advertising driven ecosystem.

Kaliya was active in the NSTIC effort for 4 years.  This included being elected to the Management Council 3 times.  She  participated in the NSTIC launch on April 15, 2011 and wrote a lengthy response (posts, PDF) to the NSTIC Governance NOI (Notice of Inquiry) outlining how the advanced group process methods she is familiar with could be used to achieve better representation of public and industry stakeholders and ensure NSTIC takes their needs into account and stays relevant. Related posts