So, Just when we thought the Nym Wars were over at least with Google / Google+.
Here is my post about those ending including a link to an annotated version of all the posts I wrote about my personal experience of it all unfolding.
Facebook decided to pick on the Drag Queens – and a famous group of them the Sisters of Perpetual Indulgence.  Back then I called for the people with persona’s to unite and work together to resist what Google was doing. It seems like now that Facebook has taken on the Drag Queens a real version of what I called at the time the Million Persona March will happen.
One of those affected created this graphic and posted it on Facebook by Sister Sparkle Plenty: 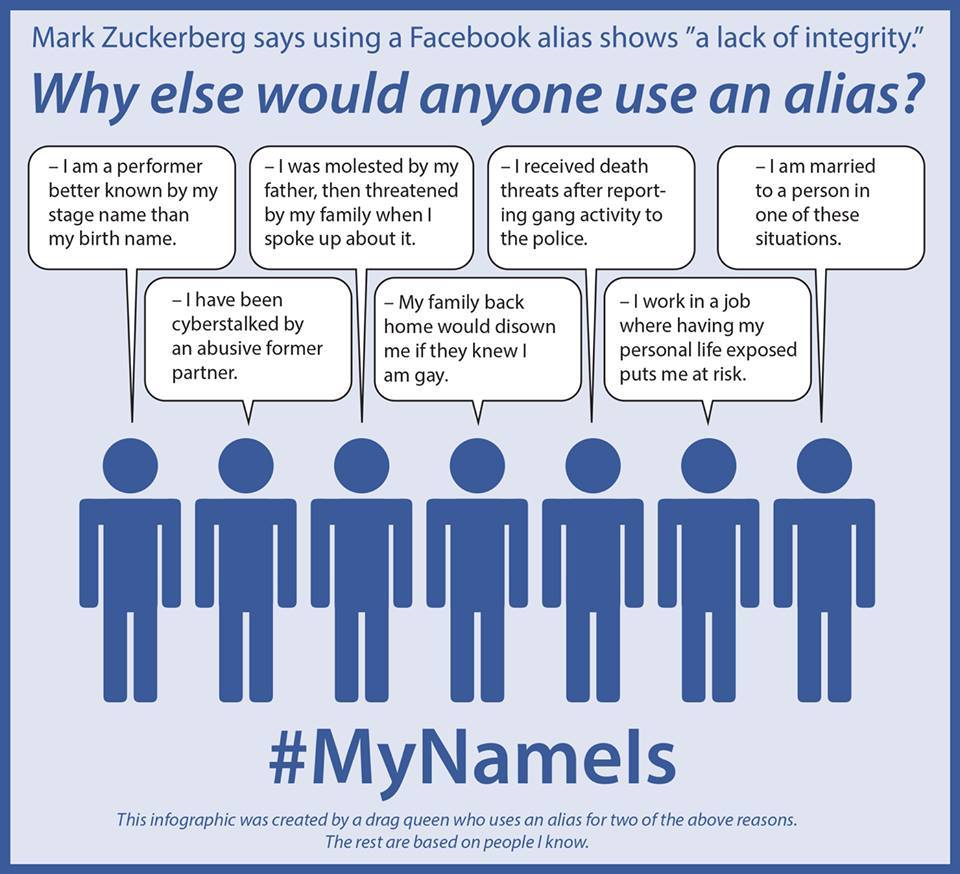